Alabama is a global hotspot for turtle diversity and the perfect playground for turtle scientists. The variety of microhabitats traversing the state create conditions for turtle diversity unmatched anywhere else on the planet. This film explores the “glamorous life of turtles” in Alabama -- from the dramatic alligator snapping turtle to the elusive and almost extinct flattened musk turtle -- and the special people who spend their time protecting this critical species. 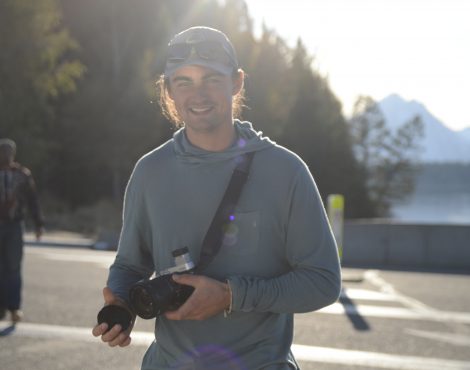 JOE FAIRBANKS (he/him) is a conservationist and storyteller from Northern Minnesota. He earned his BA in Film & Media Studies at Dartmouth College and later worked as Dartmouth’s Sustainability Fellow. In 2018, Joe received Dartmouth Film & Media Studies’ J. Blair Watson Award, and in 2019 the Center for Jackson Hole named him an Emerging Leader in the fields of Conservation and Outdoor Recreation. His debut film, Homecoming - A Boundary Waters Story (2019), was a finalist in the 2020 Paddling Film Festival World Tour and premiered at Wild & Scenic Film Festival’s flagship festival.